The Significance of Butterflies 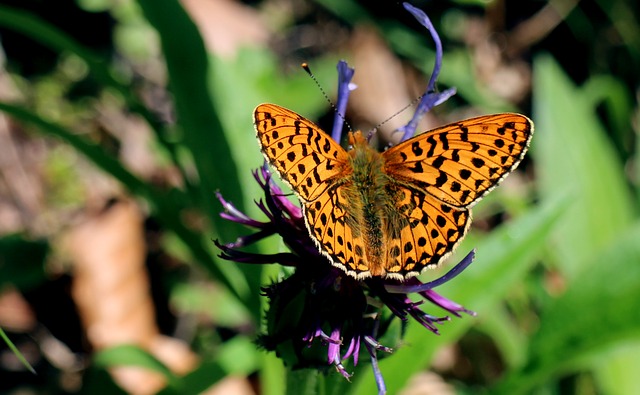 Let’s begin at the beginning…

My father, one of the wisest and coolest people I know, always lived by the notion that before you travelled the world you should get to know your country – because how do you know where you’re going if you don’t know where you’ve been? So while other kids were spending the June holidays jetsetting off to Disneyland or London or New York, we were packing up the camping gear and jumping in the car for a holiday much closer to home. And as much as I felt I was missing out as an 8-year-old child, as a 28-year-old child those are some of the most treasured memories that I have.

Growing up in Johannesburg was boring. Trips to visit either my father’s family in Durban (where I was too “sturvy”) or my mother’s family in Cape Town (where I wasn’t “sturvy” enough) were always exciting but somewhat anxiety-riddled. Not much could be done to remedy the subtext of “what kind of coloured is a coloured who isn’t really coloured like we are” that was prevalent in every single extended family gathering. But there were always a few unknown factors that seemed more serious at the time: how long will we be in the car? Do we have enough snacks? What if I need to use the toilet five minutes after driving away from the Shell garage in the middle of nowhere? (Because social angst in the context of a 90’s South Africa is not really understood by an adolescent girl with dreams of being a rock star).

The best times were when it was just the five of us on our own mission of what I now realise was self-discovery and growth as individuals and as a group.

A sense of belonging

My father had a magical way of disconnecting both the trailer and the Tuff Shell and knowing exactly where to position them. I always marvelled at how effortless it seemed to set up the tent and gazebo, that once on a grade 7 camp I boasted about setting up the tent I had borrowed from my family – and proceeded to ripping a hole in the protective tarp, basically murdering the tent we had had for almost as long as I could remember. There was always a playlist of music on audio cassette, and then as time evolved on CD: I will always associate the song “How Bizarre” by OMC with a holiday we took once in Montague, remembering my dad dancing in the lounge and acting out the lyrics… And how I wished that one day I could be cool like him.

Mom always knew the right toys, colouring books, toiletries and medication, as well as “if you behave you will get something nice” treats to pack. Meal times were always the best, because almost out of thin air this magical buffet of delicious yet nutritional food would appear – logically laid out, enough to feed us without anything going to waste, and everything packed away to keep any unwanted wildlife out of the leftover braai saved for breakfast the next morning.

Being the middle child I had a sibling on either side of me to keep me entertained. My older sister would talk with me about cool stuff: popular music, why I should wait to shave, how we hated washing dishes. And when she tired of me there was my little brother, prepped for hours of fun: we would play with the collection of toys we brought with, or build sandcastles, steal chocolate when mom was taking a nap, or talk about how we hated washing dishes. I don’t think I realised how important my siblings were (and still are) to me or how lucky I was to have shared so many good memories with them; they are definitely two people who know what buttons to press but also who I love more than anything.

United by our love for each other and our hatred for dishwashing, we had a wonderful childhood. But of all the places we would visit, there was one magical little house where one would never have to wash a single plate, spoon, or pot.

I think my very first memory of being away from home was a Christmas holiday at my grandmother’s house in Mangeta in KwaZulu Natal. There were baked candy cane cookies on the tree, and I must have been about five or so because I don’t remember feeling jealous of anyone else getting more presents than me – so it was probably around the time that my little brother came on the spot. Her house was in the middle of nowhere, surrounded by sugar cane fields as far as the eye could see.

My grandmother’s house was a magical place. We would fill up a bucket with water heated up in the kitchen when we needed to bath. There was a big hole in the backyard where the water reservoir used to be (until they realised that it needed to be above ground level to work), and for some strange reason that to this day I still don’t know it was filled with goldfish. We would spend hours sitting with makeshift fishing rods, catching one or two fish (and the odd frog) and carefully unhooking them and throwing them back. There were always people of different shapes and colours coming to the house, whom I just assumed were all in some way or other related to me – I had a very loose understanding of what being “coloured” meant.

There were no fences: we walked into the neighbour’s yard to go play video games with their kids, or take them some roasted peanuts from the garden. My sister and I would scrounge around for “brown money” and run off to the local “babbie” to buy as many NikNaks and Star sweets as we possibly could. In the June holidays we would bring our homework with us, and my grandmother – a caring teacher and all around sweetheart – would help me with my Zulu homework, and is the reason why I can still remember a few animals’ names in the language of her ancestors.

My grandmother’s house was a magical place.

I was not there when she passed away. I had gotten my first contract to work abroad after matriculating, and hadn’t seen her for almost five years. My sister and I had planned to go and visit her when we returned, but she passed away while we were working in Menorca, Spain. My parents came a month after she passed, when my dad gave us the news sitting on Cala’n Porter beach. While processing the news – and realising I would never plays cards with her, or learn new words in Scrabble, or have jam sandwiches and tea with her and then helping in the garden – a butterfly flew past. I don’t think I had a favourite animal until that moment, and now whenever I feel an undercurrent of anxiety or unsure of myself and see a butterfly I am immediately reassured that everything will work out as it should. Because that’s what she believed, and that’s what she taught me.

My grandmother’s house was a magical place, because she herself was the root of the magic.